In the 1980s, during the nascent days of cable television, when I first starting in the advertising business, audiences were tiny, unrated and easy to dismiss by the dominant, big-three broadcast networks. In time, combined cable ratings surpassed those three networks, and in recent years viewership for Netflix has also eclipsed audiences for those same once-dominant broadcasters. Today, the marketplace is at a similar nexus, as media usage habits shift, and bloggers and social media influencers begin to attract audiences in sizes that range from those requiring micro-measurement, to aggregated audiences that offer numbers rivaling TV’s reach.

As of September 2017, it was estimated that there are more than 440 million blogs worldwide according to mediakix, a number that has surely surpassed a half a billion by now. Food bloggers comprise one of the largest categories, with top influencers attracting audiences that number in the millions, drawn to their websites and social media hubs that include Instagram, Facebook, YouTube, Pinterest, and Twitter. Enter Bluewater Media, a converged marketing agency based in Clearwater, Florida, that is helping influencers generate and monetize their content. In addition to having fully-integrated production capabilities in its 33,000 square foot studio and offices, Bluewater is offering bloggers a WordPress plug-in shopping solution called ReadyShop. ReadyShop, which is set to go live later this month, allows influencers to effortlessly make money when their followers buy products, a feat that can be achieved without the consumer ever leaving the site of their favorite tastemaker.

To help bloggers create engaging content, Bluewater, which is located near the white sand beaches of the Gulf Coast, is building a sandbox of a different nature. They are in the process of building a fully-functioning kitchen set they have dubbed “Country Squares.” Country Squares aims to be a kind of culinary town hall where food bloggers can come, play, collaborate and serve up live and evergreen content to help satisfy their followers’ cravings for tips and recipes, with a dash of brand integration. For influencers attending the Everything Food Conference outside of Salt Lake City, Utah, Bluewater is giving free access to the kitchen for those who sign up for their curated shopping cart solution, ReadyShop.

Bluewater has worked with some of the most prominent celebrity chefs including Gordon Ramsey, Wolfgang Puck and Paula Deen, as well as successful housewares brands such as KitchenAid, Blackstone, Philips, SodaStream and Fleischer & Wolf. Such culinary leaders are keen to capture the imagination of these influencers and their audiences. Meanwhile Bluewater’s aim is to create micro-marketplaces that will help support the bloggers economically, without having to divert their audiences to other sites or marketplaces. As Bluewater CEO Andy Latimer explains it, “Our goal is to help bloggers grow their audiences with compelling content and by cross-pollinating audiences. So, for example, you might have a blogger focused on gluten-free paired with a pastry chef. Each of them has a following that numbers in the tens of thousands, but they are not necessarily ‘competing’ in any traditional sense. Through live and taped events in our kitchen, their respective audiences get exposure to new personalities and ideas, and each of the participants then expands their viewership.” Latimer continues, “Such tastemakers often build formidable goodwill and trust. Rather than objecting to the commercialization of these sites, we find that frequently their audiences are seeking not only recommendations, but access to product. They understand that the blog cannot be a full-time pursuit without theses personalities having the opportunity to make some money to fund their efforts.” Response rates under such scenarios often exceed those of celebrity chefs, explains Latimer, proof-in-the-pudding for foodies that is both savory and sweet.

To help fuel this mission, Bluewater has full-time staff dedicated to the influencer outreach. According to John Hammond, an account executive dedicated to the effort who spends all day engaging food mavens, many of them are frustrated by efforts to monetize their sites with some of the larger marketplaces. “It’s too easy for a big player to say that a sale came from another source. With ReadyShop we’ve created a model whereby, if the bloggers don’t make money, we don’t make money. Our aim is to create a win for them, for us, and for the marketers who are offering up their product.” Amid a such a fragmented marketplace, such hand-to-hand combat – in this case armed with a fork and a knife – just might be the soufflé of the future. In the process, food bloggers will be afforded the opportunity to bake their cake… and eat it too.

Everything Food 2019 will be held on May 1-4th in Layton, Utah at the Davis Conference Center and Hilton Garden Inn Hotel (25 minutes from Salt Lake City, Utah). You can learn more at https://www.foodbloggingconference.com/

Rick Petry is a direct marketing veteran of over 25 years who has been involved with campaigns that have generated over $1 billion in sales. He provides creative services to both B2C and B2B marketing campaigns, recent projects have included Actegy/Revitive, Education Connection, GOLO, Joybird and OYO. The author of over 200 articles on direct marketing best practices, Petry has a Bachelor of Arts in Cinema/Television from the University of Southern California and an MBA with a Concentration in Marketing and Sales from Marylhurst University. 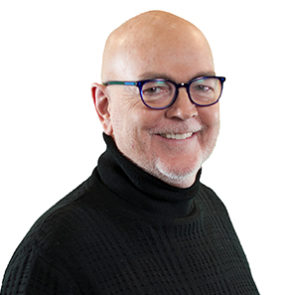 Get in touch and let’s go further, together.

It’s time to elevate your Amazon strategy, fill out the form and we will send you two case studies from our clients to show you the type of success we deliver!

Get in touch and let’s go further, together.

It’s time to elevate your Amazon strategy, fill out the form and we will send you two case studies from our clients to show you the type of success we deliver!